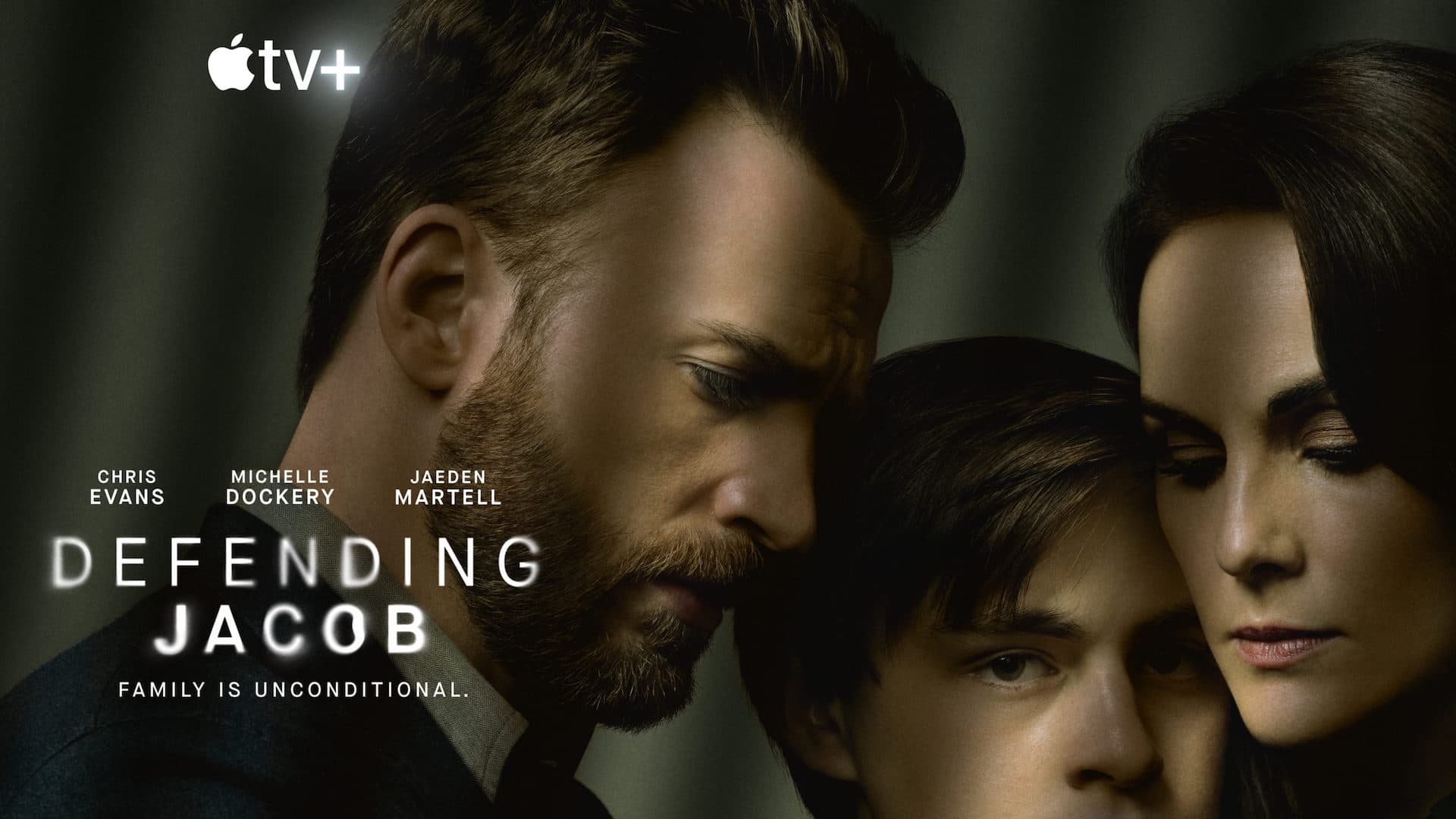 Note: This post does not contain any plot spoilers.

Based on a 2012 book written by author William Landay, Defending Jacob is a crime drama TV show made up of 8 episodes, originally released weekly exclusively on Apple TV+. The TV show follows a family who are dealing with the prospects that their son, 14 year-old Jacob, is a murderer.

With a very star studded line up, including Chris Evans as the father, Michelle Dockery as the mother and Jaeden Martell as the son - Jacob.

This is one of very few TV shows that I’ve watched religiously every Friday straight after work while eating my lunch. Normally I end up getting bored of a TV Show if I can’t sit and watch it all back to back or binge watch it over a few days it’s a dreadful habit, but hey-ho!

For me the TV show had a very dark undertone to it, in terms of how it was filmed, the underlying mystery around the family’s history, and also around the actual murder case. Jadean does a great job of portraying a slightly troubled teen who witholds enough information from everyone around him to promote the idea and feeling that he is indeed the murderer.

There were a few dips at points towards the middle of the show, where not much exciting actually happens. Mostly related around the ongoing trial case that was taking place, and without much forward movement. However, that aside, the TV show consistently drew my attention and kept me focussed throughout the show, with multiple unexpected twists & turns.

Without ruining the show, all I’ll say is that it’s probably got one of the best and most unexpected endings of a TV show that I’ve seen in a very long time. It left me sat for a very short period after wondering what I’d just watched and what the hell had just happened.

I tend to watch a lot of TV Shows on Netflix, Apple TV+ or Prime Video, and as mentioned before tend to have a few watching scenarios for a TV show. Either it’s on in the background in the evening while I try to switch off from work, or while surfing around the internet, and finally something that I fully engage with and get deep into without distraction.

This is one that fits squarely into the very last category, and so with that I highly recommend this to anyone that’s looking for something new to watch and who is a fan of the the cast members and loves a great crime drama.

It’s one of the best crime TV shows I’ve watched in a very long time.

« How to use GitHub's Special Profile Repository I am sunsetting codular.com »