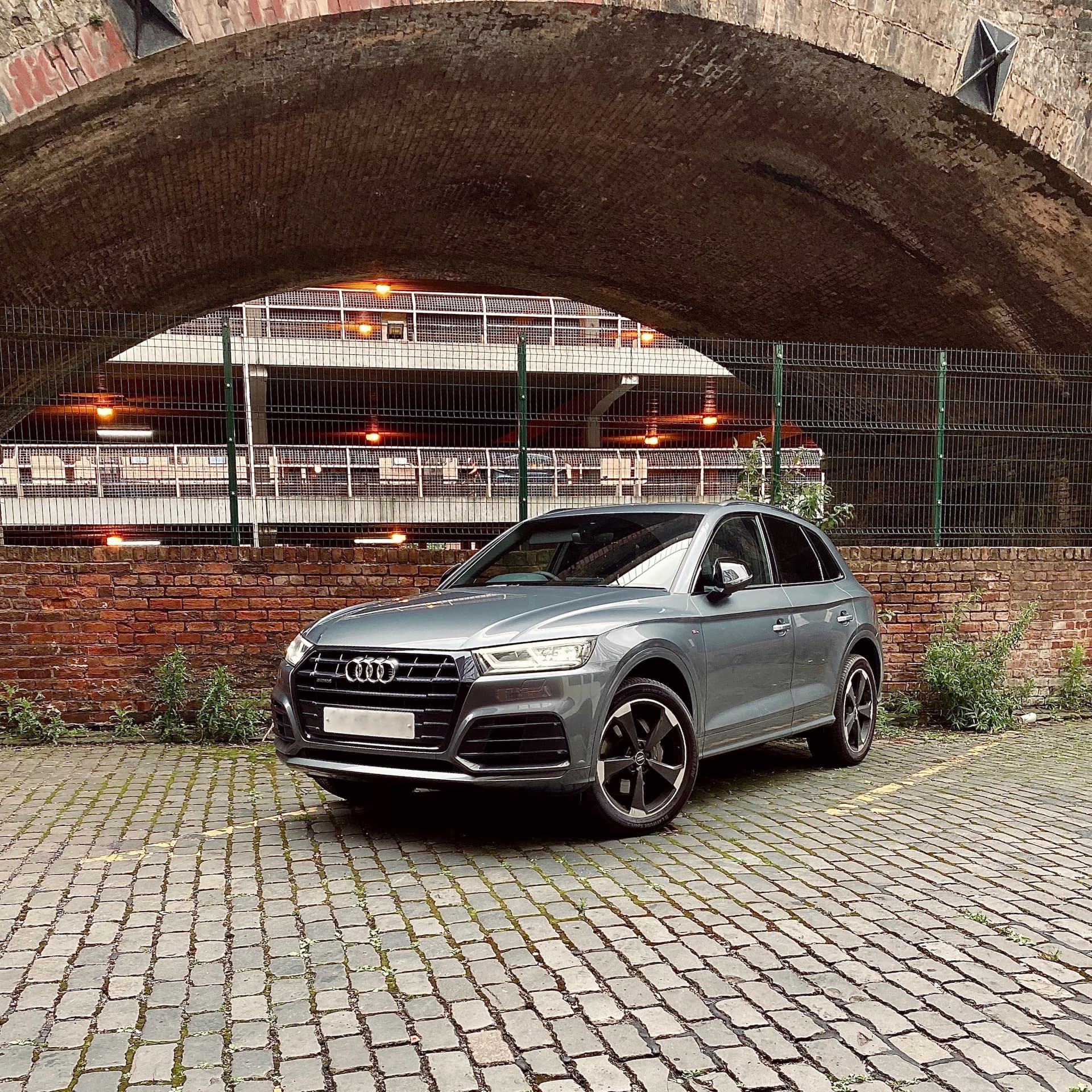 I used to own a 2017 Audi TTS, which I got from new and was the first owner of. That car was quick, quicker than I ever needed, and was absolutely fantastic fun to drive. However, as time went on I realised that I wanted something bigger, more comfortable for longer journies and with more practicality. 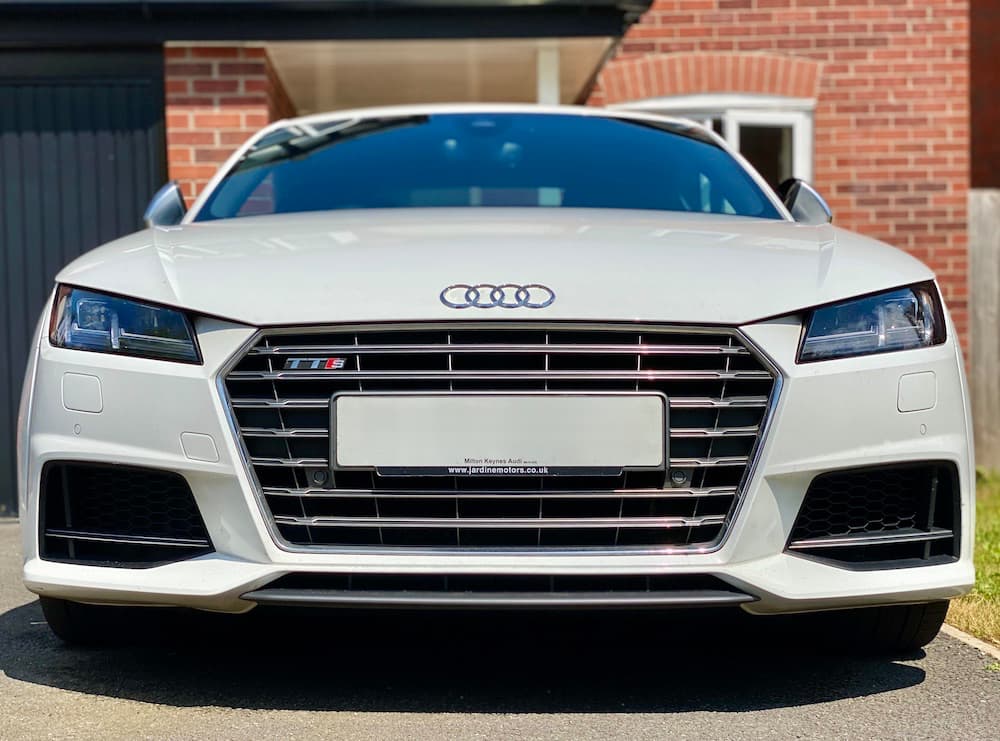 When a lease deal came up during lockdown, I simply couldn’t say no to this 2020 Black Edition Q5. It’s a car I’d been looking at for a while, and knowing that this model was on the way out it was just a matter of time till a great deal appeared.

Having got the car delivered a little over a month ago, I have hit 1,000 miles in total in the car, helped mostly by a weekend trip down Dartmoor to escape the world with some friends.

Here I lay out some of my thoughts on the Audi Q5, and look forward to the new facelift model that was announced a week or two ago.

Firstly, I’m not a fan of the Q5 exterior, especially from the back. Unlike my previous car that looked pretty great from every angle (except when covered in dirt - it was white), this looks great from the front. One my biggest annoyances with the Q5 shape is that it looked corporate, or old compared to the newer models that have been released.

One of the great differences here, is that the black edition, tied into the Monsoon Grey colour that I have it looks different. Less corporate, and less boring. I’m probably just saying it because it’s the car I’m driving currently, but I do like what the Q5 is as a car. I’d not hesitate to get the newer one in the future, which comes with a more stylish honeycomb grill (among other facelift extras).

The great difference on the exterior (other than size) between this and my TTS is the difference in colour. Anyone that’s driven a white car will know that it looks amazing… when it’s clean, other than that, it’s dirty. Additionally, those bigger, wheels, with chunkier tyres on add so much more comfort when driving along, absorbing every bump as if they don’t exist. 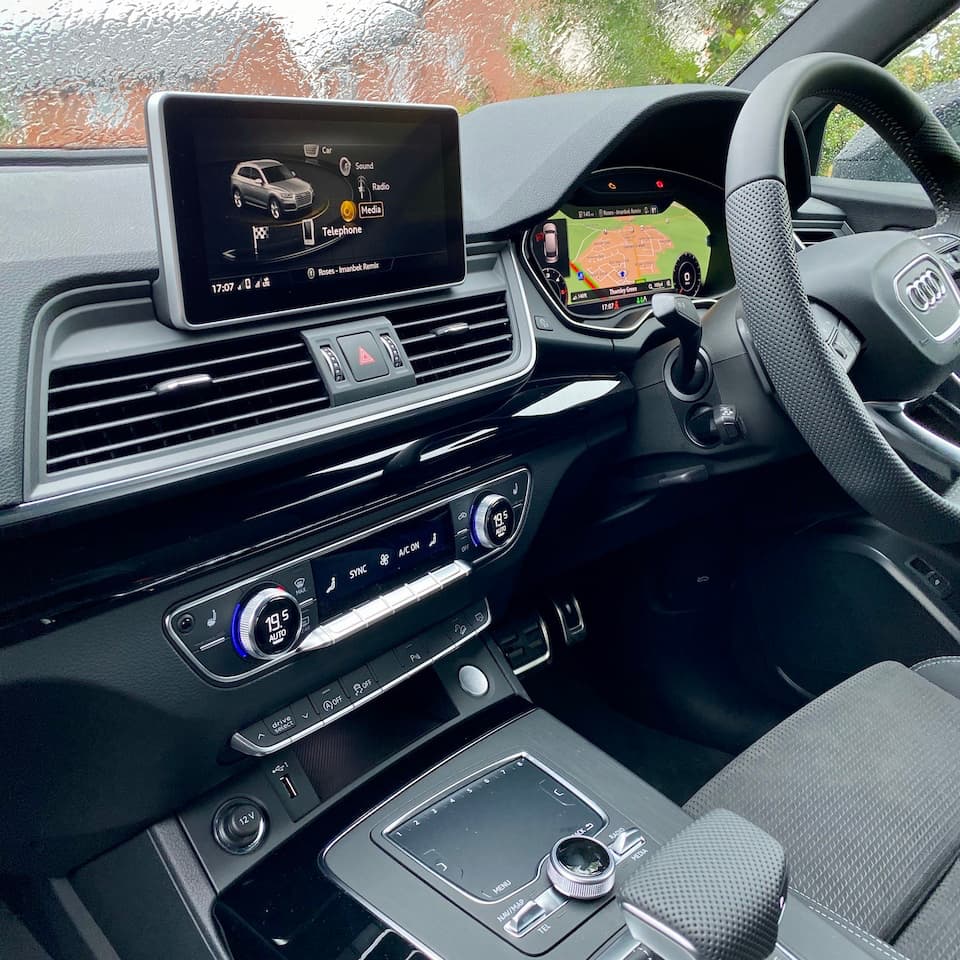 That should be a touchscreen!

Spending most of my time inside the car, I have to make sure that the interior isn’t a horrible place to be. The Q5 - as with most Audis - doesn’t disappoint. While I have some issues with it, it’s a great place to be, and having driven the 600 mile round trip down to Dartmoor, I never felt uncomfortable .

One of my main annoyances with the interior, which has been subsequently resolved in the facelift Q5, is that the centre screen for navigation, and Apple CarPlay, is not touchscreen. Using CarPlay on a screen controlled by a rotary dial is cumbersome and very difficult to use.

Aside from that, it’s a different driving position, being much higher up and sat more vertically than in the TTS. Ultimately, it’s a good car to drive, but I feel it does lack the excitement (or maybe that’s fear factor) of the TTS which was capable of 0-60 in 4.5 seconds on a dry day.

Now that I’ve got a better feel for the car, I’d say I enjoy driving it more than my TTS. But that’s because I mostly sit in traffic or drive long distances. This simply doesn’t compare when navigating many of the tight, twisty corners on the country lanes near my house when taking detours to avoid the motorway. 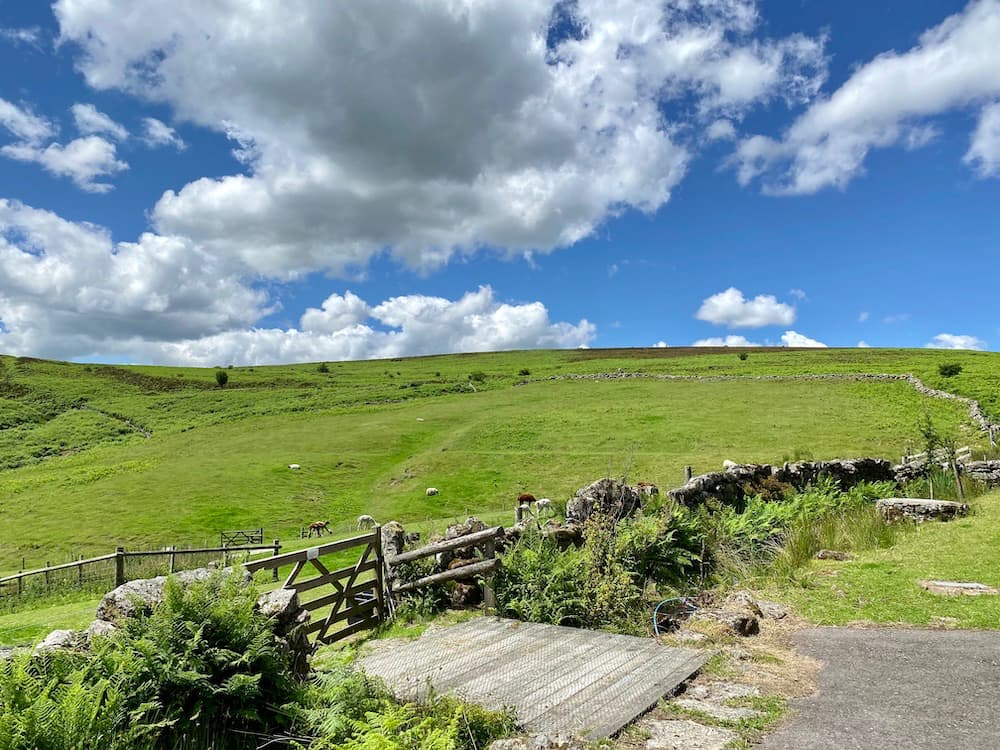 Dartmoor, with Alpaca in the field next door.

1,000 miles has already taught me that there’s no perfect car, and that a two (or more) car garage is the only way to get that excitement and practicality in one package (unless you’re going for a RSQ8 or RS6 which would be insane).

For now, I’m happy with the Q5, it fills my needs right now, eats up miles, and allows me to travel with other people and loads of luggage while still getting a much higher MPG.

I’d recommend a Q5 to anyone that is considering one, and I’d rate it a pretty solid 4/5 - mostly because I think the facelift will be a much better version of exactly tthe same car.